“THE MEANING OF THE CROSS OF CHRIST” - By Malcolm Cox

“A lion’s story should always end with a kill, but the narrative has warned us that it is the lion who will die.”My atonement series can be found here: https://youtube.com/playlist?list=PLJOhHa_2t9jDzIj68ID3lX6BnCXRxdy6pThe Greek verb paradidomi, to ‘hand over’ to someone else, is used by Jesus of himself in the second and third Passion predictions (9.31; 10.33), and for the fate of his disciples in the three apocalyptic warnings (13.9, 11, 12). Now it is used about Jesus no less than ten times (14.10, 11, 18, 21, 41, 42, 44; 15.1, 10, 15).To most people in the ancient world, the attempt to see meaning in the death of a crucified criminal would have been pointless. Crucifixion was completely forbidden for Roman citizens, and only used for slaves and aliens; to anyone educated in the Greek philosophical tradition of divine detachment from the world, it would have been utter foolishness to seek theological profit from this death, while to a Jew anyone hanged on a tree was cursed (Deut. 21.22–23; see also 1 Cor. 1.23).In 14.62 all three titles come together: the High Priest asks Jesus directly, ‘Are you Christ’ (picking up 1.1 and 8.29), ‘the Son of the Blessed One?’ (implying the title ‘Son of God’ used by the demons and the voice in 1.11 and 9.7; as only a human being, the High Priest still avoids the direct form). Jesus responds with a direct ‘I am’ (echoing the divine name of Exodus 3.14), but then returns to Son of Man, not for riddling humble self-affirmation, but for the glorious figure of Daniel 7.13. The High Priest’s reaction of tearing his clothes emphasises how stupendous a claim has been made.“Like an infinitely wise military strategist, God knew how to get His enemies to use their self-inflicted blindness against themselves and thus to use their self-chosen evil to his advantage. He wisely let evil implode in on itself, as it were, and thereby freed creation and humanity from evil’s oppression”, Nature of Atonement”, 37Heb. 2:14    Since the children have flesh and blood, he too shared in their humanity so that by his death he might break the power of him who holds the power of death—that is, the devil— 15 and free those who all their lives were held in slavery by their fear of death.“…Jesus died as our substitute and bore our sin and guilt by voluntarily experiencing the full force of the rebel kingdom we have allowed to reign on earth.” 43Definition: “The Father, because of His love for human beings, sent His son (who offered himself willingly and gladly) to satisfy God’s justice, so that Christ took the place of sinners. The punishment and penalty we deserved was laid on Jesus Christ instead of us, so that in the cross both God’s holiness and love are manifested.” p67“by means of a tree, we were made debtors to God. Likewise, by means of a tree, we can obtain the remission of a debt. Irenaeus circa 180 EusebiusCol. 2:14 having canceled the charge of our legal indebtedness, which stood against us and condemned us; he has taken it away, nailing it to the cross.“The atonement means that the relationship between humans and God is restored (healed). The central piece in this restoration is that God, through the Servant who personally takes on all our iniquities, grants forgiveness of sins….The punishment for our sins, which was often meted out in terms of suffering, sickness and calamity, has also been taken on by that Servant. His absorption of both the sin and its punishment is the means to our healing and restoration, by grace bringing us shalom or well-being in all its richness.” The Nature of the Atonement”, p1301Cor. 1:18    For the message of the cross is foolishness to those who are perishing, but to us who are being saved it is the power of God.”In place of Isaac the just, a ram appeared for slaughter, in order that Isaac might be liberated from his bonds. The slaughter of this animal redeemed Isaac from death. In like manner, the Lord, being slain, saved us. Being bound, he loosed us. Being sacrificed, he redeemed us.” Melito circa 170ConclusionThroughout the gospel, especially in the middle section on discipleship and in the apocalyptic warnings of chapter 13, there have been hints that this is the fate of the church. Those who believe that following the way of the crucified one is a bed of roses have forgotten about thorns, says Mark. Yes, Jesus is the Son of God, powerful and mighty in his cosmic struggle, and that is not to be forgotten; but there was no last-minute miraculous escape for him – and those who follow should expect no less. 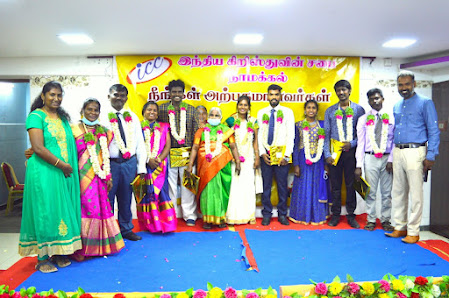