Over the last couple of years, I have found myself reflecting on the contrast between good church members and growing disciples. This, in turn, has led me to consider the subtle differences between churches who emphasize making growing disciples and churches that don’t, even if those churches are what we would describe as healthy, growing churches.

I think this is a critically important point, and after thirty years of ministry and training ministers, I have concluded that all too often, we have placed emphasis and focus on creating good church members rather than making growing disciples.

Good church members could be defined as those who:

By this definition, what pastor wouldn’t want a church full of good church members? So, we emphasize and celebrate good church members. We have strategy sessions, trainings, conferences, and books all aimed at how to have more and more of these types of people in our church.

In reality, a person could do all of these things and still not be living as a disciple of Jesus, who is increasingly becoming like Jesus.

Now to be fair, growing disciples usually do some of the same things as good church members… they serve, they attend, they give. However, those things are secondary to their life in Christ, not primary. Serving, attendance, giving, etc., flow out of their discipleship to Jesus, not their commitment to a church.

Growing disciples could be defined as those who:

For most churches and their leaders, shifting the focus to forming growing disciples is both subtle and massive. It reorients what we prioritize, what we measure, and what we celebrate.

The goal is to help the organization flourish, and people are called to and celebrated when they participate in accomplishing this goal.

But when making growing disciples becomes the focus, the people move to the fore, and the organization exists to grow the people and enables the people to flourish.

When growing disciples becomes the focus, the questions then become:

The goal is no longer about growing a great church, but instead, becomes about growing great humans—humans who are intentionally and increasingly moving along a path toward becoming like Jesus.

I have found that for me and other pastors I have worked with, recognizing the differences between a good church member and a growing disciple brings a lot of clarity to the priorities we should be focusing on as pastors and leaders if we want to carry out the core mission of the church—disciple making. It clarifies the target and helps us to clearly see if our sites are set on the wrong things.

Additionally, recognizing these differences focuses us on what a disciple really is in contrast to someone who is just an active and involved church member, but is not laser focused on becoming like Jesus from the inside out. 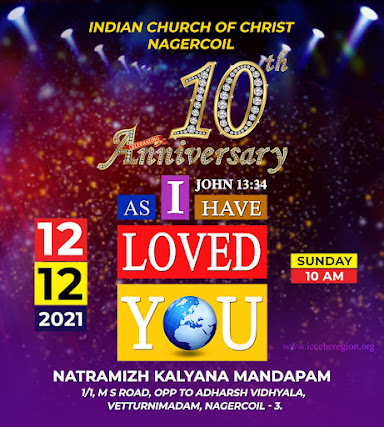 Psalm 33:4 “For the word of the Lord is upright, and all his work is done in faithfulness.” Nagercoil Church cherished their Tremendous 10th year Anniversary service celebration on Dec 12th 2021 which brought so much faith and togetherness in the presence of God .  Nagercoil Mission was planted in January 2011 with 14 mission team members. Today God blessed the church to grow from 14 to 80 members in 10 years. This is a glorious & faith building manifestation of our God and His Holy Spirit. The celebration started with awe filled worship songs to honor God and followed by the welcome note from Bro.Dillibabu & Sis.Preethi  who leads the Church, later we could hear the inspirational personal experience sharing by the Mission Team members. Bro.Thyagu from Salem Church who was a mission team member preached the Word to the church and the new friends to remind us about the Love of God. Much appreciation to  the disciples in Nagercoil who were faithful all through these years amongs
Read more 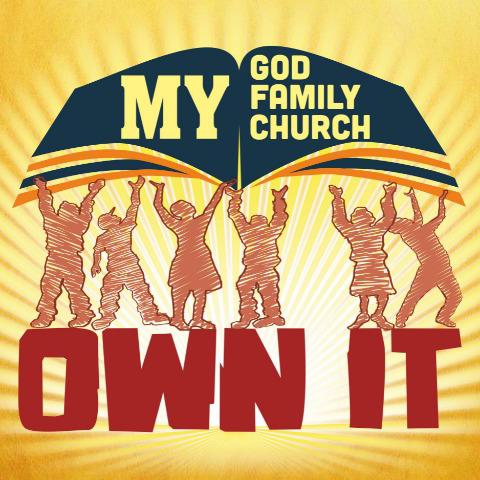 God blessed the singles' long waited prayer of meeting together... Finally the wait was over after 2 years...Yes...1st in person Singles conference held on April 9th & 10th  2022 on the cool hills of Yercaud in Salem district.TN.   Around 150 young and energetic Singles participated from all parts of Tamil Nadu along with Chennai and Pondicherry churches added an extra excitement to the conference.  This conference was completely planned and organized by the dynamic Singles coordinators from all over Tamil Nadu who worked very sincerely to make this event colorful.  Day 1, We had Bro.Abraham & Sister.Julie Abraham  from Chennai church as our Guest speakers, who spoke the Word of God to each and every singles to have dream for God.  Singles were split into 12 groups to reflect on the message and able to share their dreams for His kingdom.  Separate Evening sessions were arranged for brothers and sisters to discuss and cater their personal future needs.  The last session was
Read more

One Thing You Lack

One Thing We Lack Which thing do we lack? Someone local to me lacks neighbourly decency. They left this mess on our lane... Someone in the Watford council signs department lacked either a proper understanding of grammar, or the time to properly proof-read this notice: Our focus today is the man who runs up to Jesus and falls on his knees in front of him. However, it must be noted that this incident comes hard on the heels of the previous scene. Children were brought to Jesus - only for the disciples to rebuke them. Jesus in turn rebukes his disciples and declares that “the kingdom of God belongs to such as these.” (v14). Mark is showing us the ideal kingdom-candidates before we encounter the flawed kingdom aspirant. ‘Paradoxically, the least powerful, least wealthy, least influential have a greater prospect of entering the kingdom than do those who are most powerful, wealthy, and influential.’ Word Biblical Commentary receive the kingdom Why are the children able to ‘receive the ki
Read more